Hall Moves To The Viridor Stadium 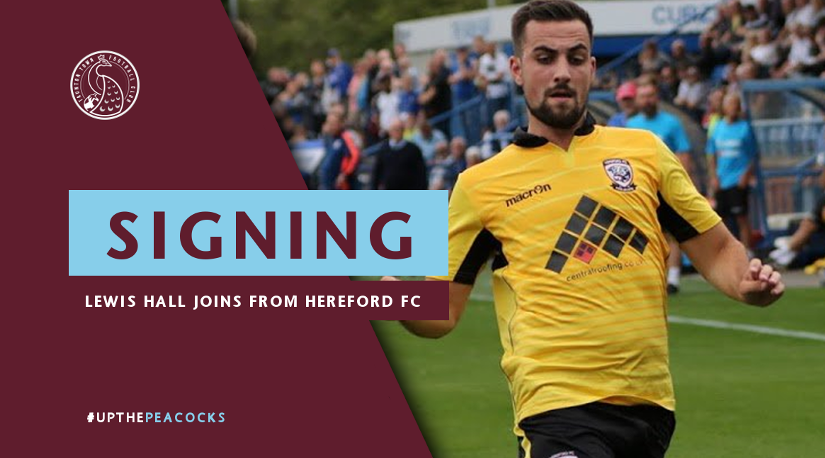 Taunton Town Football Club is delighted to announce the signing of Lewis Hall from Hereford FC.

Hall is a versatile left sided player and moves to the Viridor Stadium with vast National League experience having previously played for Gloucester City for three and a half years, before switching to Edgar Street this summer.

Peacocks fans will have to wait to catch Hall in action who will be in contention for our trip to Swindon Supermarine on Saturday 3rd November.

Head of Football Rob Dray commented, “We’ve tracked Lewis for a while now and we’re genuinely excited to have him aboard. He totally fits in with the type of player we are looking for, great pedigree, battle hardened in the Conference North, ambitious and importantly he raises the bar. With the addition of Lewis, this shows that despite our FA Cup exit we are looking to push on.”

On his arrival at the Viridor Stadium Lewis added, “I’m looking forward to a fresh challenge at Taunton Town FC. It’s a club who are on the up and I hope I can make a big impact. I’ve watched the lads a couple of times and I am really excited to be joining the club”.