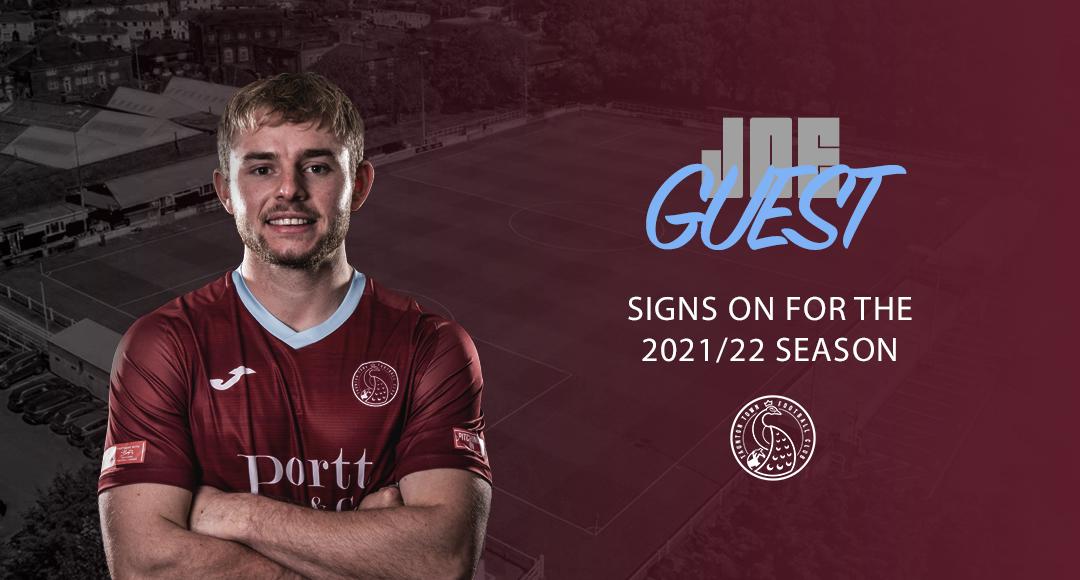 We are very pleased to confirm that midfield man Joe Guest is the sixth player so far to commit to the Peacocks for next season.

Joe remarked:” I’m happy to have signed an extension for next season and looking forward to getting back and seeing what the team can really achieve in a full season.”

Tenacious midfielder Guest joined the Peacocks last summer from Yate Town where he had previously been a product of their youth team. He has also played for Chipping Sodbury Town and Paulton Rovers and went on to appear in all of our games in the aborted 2020/21 campaign, catching the eye with some hard-working displays.

Head of Football Rob Dray said:” Since Joe arrived his tireless work rate has been key in our performances. It was crucial that we secured him for next season so pleased to have done so.”