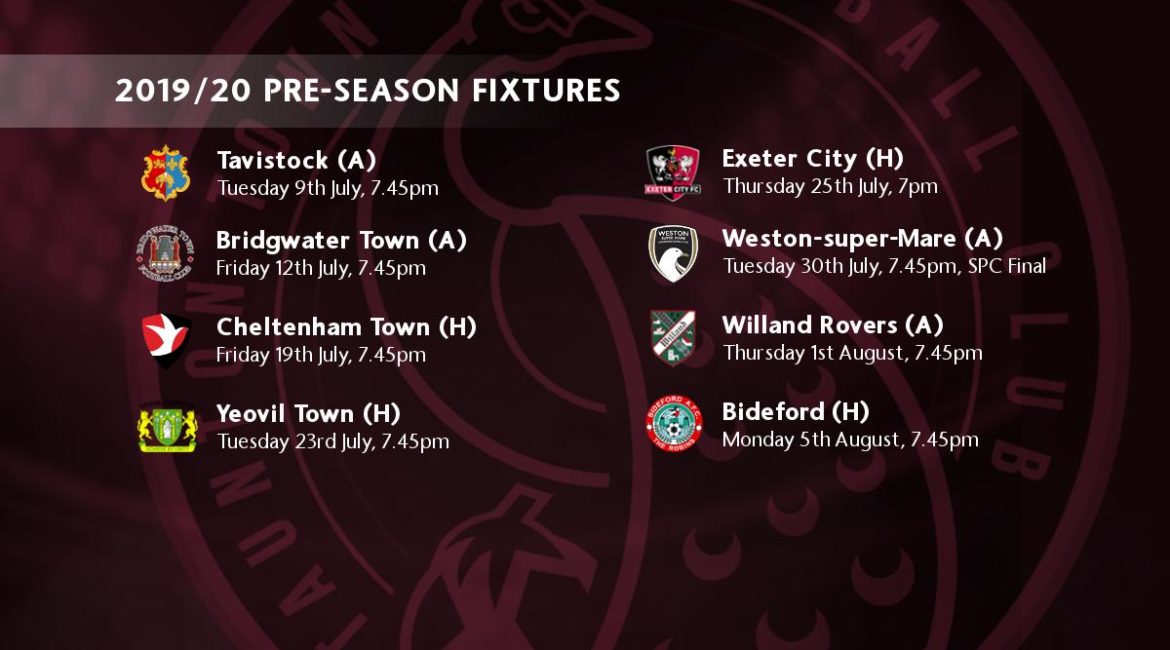 The Peacocks can now confirm their finalised pre-season schedule which promises to be an attractive and challenging one in equal measure. In addition to the three home friendlies already fixed up against League outfits Cheltenham Town and Exeter City plus National League Yeovil Town, another game has been arranged against Southern League Division One South side Bideford on Monday 5th August, ko 7.45pm. Town also face four away warm-up games, beginning on Tuesday 9th July with a trip to Peninsula League Premier Division champions Tavistock who will be making their debut in the Western League for the coming campaign. This match replaces the original friendly scheduled at Exmouth Town.