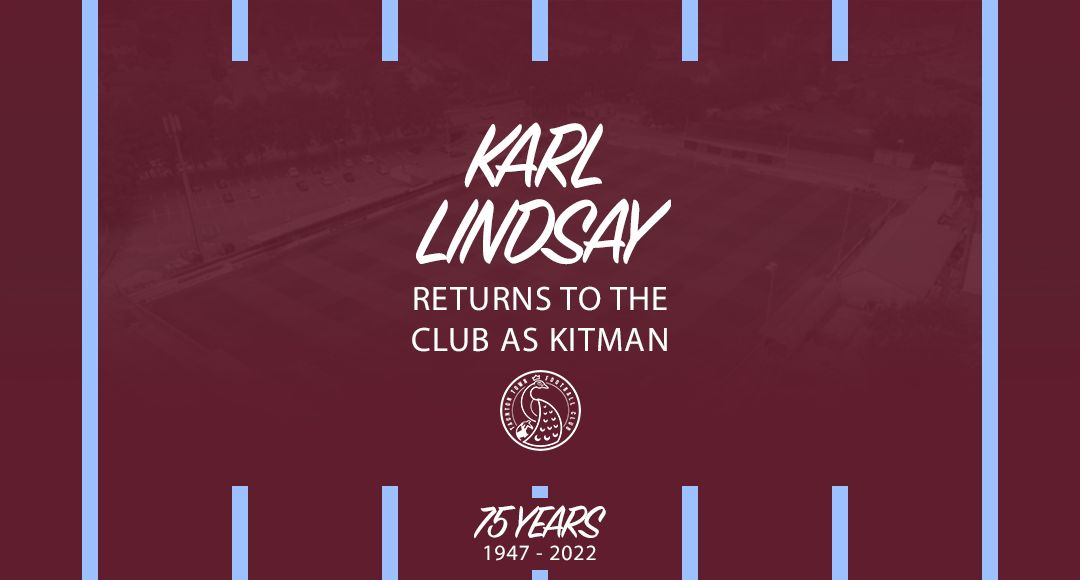 The management backroom team has had a reshuffle, with the kitman sacking himself and a familiar face returning! We are delighted to welcome back Karl Lindsay as Kitman, with Chairman Kevin Sturmey stepping down from the role he has fulfilled over the last two seasons.

Karl, a previous winner of the Clubman of the Year award, was previously at the Cygnet Health Care Stadium in a variety of roles including Head Coach of the Under 18 team and assistant first team coach as well as Kit Manager until his departure in 2016, since when he has gone on to be part of the backroom team at Truro City and Dorchester Town. Karl commented: “I’m over the moon to be back after many years away. I had a number of offers from other clubs but after speaking to Kevin, Rob, Meaks and Tony it didn’t take long to commit coming back. Having experienced this level before I’m excited to be going back with Taunton. I’ll be doing the Kitman role but also filling in where needed so the Club is covered in all areas as I’m a qualified sports masseur and a more than capable Physio as proved at Dorchester FC. The Club has a great backroom team well geared up for this level, which I hope to add more value to and supplement the guys to push the Team on to the next level. After being at the Club before in most roles I am really looking forward to seeing familiar faces next season. UTP.”

Chairman Sturmey added: “The role of Kitman is a small word but a massively important position and one that has to have the right person. I am really pleased to be able to demote myself from the role but have thoroughly enjoyed the journey which was Covid related and a job I simply had to do until we secured the right person. Karl will bring everything we need; he knows the club, is local to us, has done it before and also been involved at a higher level so he will be the perfect fit to take us forward. I will still assist him where needed and will always be able to help as doing the role has shown me how having the right person is 100% necessary to keep pushing boundaries. Karl also has other qualifications which will add huge value to the backroom team and will be able to support Anthony Cornish and the Medical team. This is another piece in the jigsaw we need as we embark on our first season in the National League, and I think another excellent appointment.”