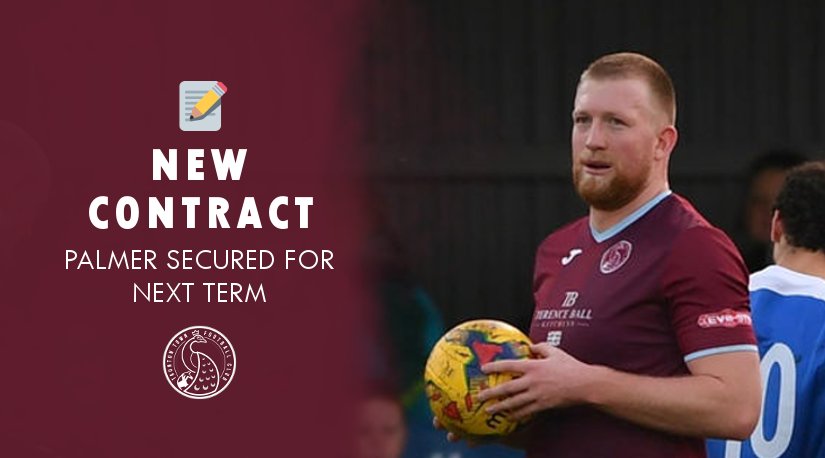 The club is delighted to announce Ed Palmer is the latest player to have agreed a contract at the Viridor Stadium which will see him extend his stay until the summer of 2020.

Palmer re-joined the Peacocks from National League South side Truro City earlier this season on a non-contract basis and is a key component in Head of Football Rob Dray’s future plans.

The defender said, “The club is heading in the right direction and it’s a pleasure to be a part of it. I want to take this opportunity to give a big shout out to the staff behind the scenes who keep the club running and enable us to just focus on football.”

Dray remarked, “Since Ed returned from Truro he has been superb. He’s a fantastic talent and a great character and has slotted right back into the dressing room perfectly. I’m very pleased Ed has agreed to stay and signed a contract for next season.”