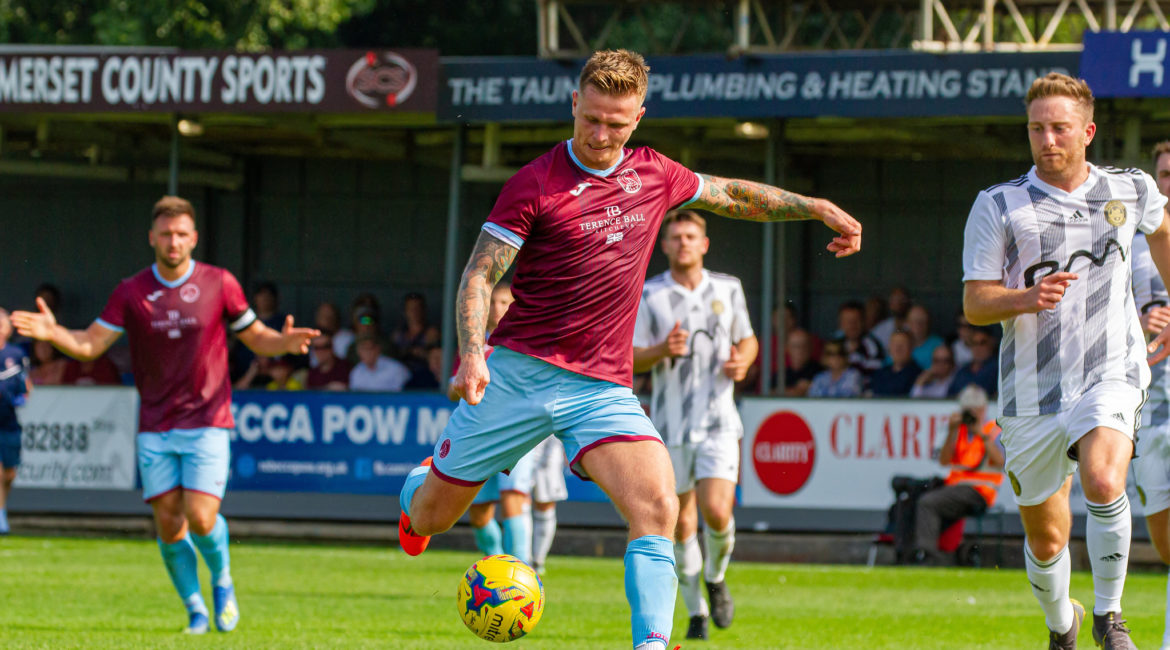 It was another deserved three points for the impressive hosts against the previously unbeaten Yellows who were somewhat fortunate to escape a heavier defeat. The Peacocks were rewarded for their attacking endeavours when they took the lead after 27 minutes, Jamie Short seeing his shot from the right being parried by Tiverton keeper Lewis Williams to fall for Matt Wright to fire home on the far post. Town soon doubled their lead ten minutes later when Harry Kite’s assist put Shane White through and he finished clinically. The Peacocks continued to create chances and grabbed a third five minutes into the second half, White winning the ball to put Andrew Neal away and his centre was slotted home by Zac White. Tiverton reduced the deficit after 68 minutes through Steve Colwell who latched onto a knockdown and shot home from the edge of the box past Lloyd Irish. The hosts defended well to stifle any further Tiverton threat while Neal and Ryan Brett were both denied by Williams as Town rose to 10th on the back of the local derby win.

Reaction – Head of Football Rob Dray said:” A fantastic day at the Cygnet yesterday and a deserved win. Against the top of the table team I thought we took the game to them and dominated most of territory and possession. When they had their spell we were superb defensively and scoring our goals at the right time helps. That’s done now though and onto Saturday and if not a harder test at Harrow.” To hear more reaction from Rob and coach Michael Meaker go to Peacocks TV HERE