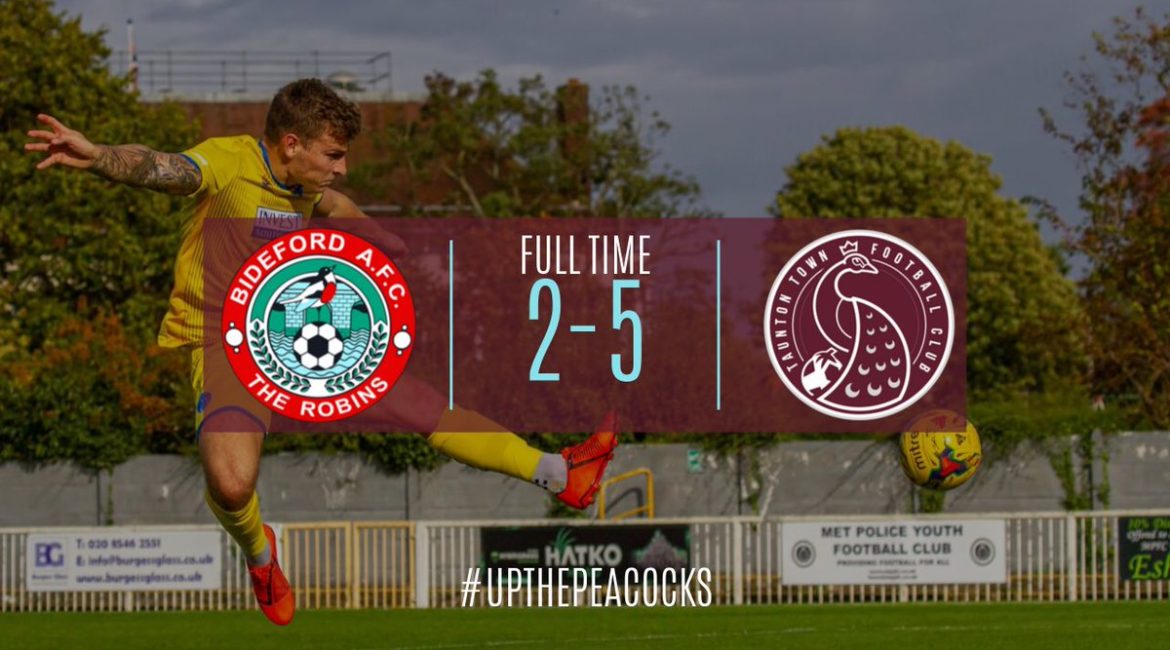 A first half hat trick from Andrew Neal helped the Peacocks to a 5-2 victory at Bideford in the 1st Round of the Southern League Challenge Cup this evening (1st October).

It was Town’s first win in five games and was fully deserved as they made a strong start to proceedings, creating early chances and taking the lead after 15 minutes when Neal cut in from the left to finish coolly past Liam Kingston. The lead was doubled on the half hour when the Peacocks broke away for Neal to fire home from Matt Wright’s cross and the tie was effectively settled two minutes into first half stoppage time when Noah Coppin was brought down in the box by Lewis Waldy and Neal converted the penalty.

The second half was only four minutes old when Wright scored Town’s fourth of the evening with the hosts quickly reducing the arrears two minutes later through Ryan Turner who ran clear to slot past Lloyd Irish. Lewis Hall fed Jack Rice to run on and find the corner to make it 5-1 after 61 minutes before Theo Simpson hit the post for Bideford. Further chances came for both sides, with the final goal coming five minutes from time through Turner who netted off the post from Charlie Lawrence’s cross.