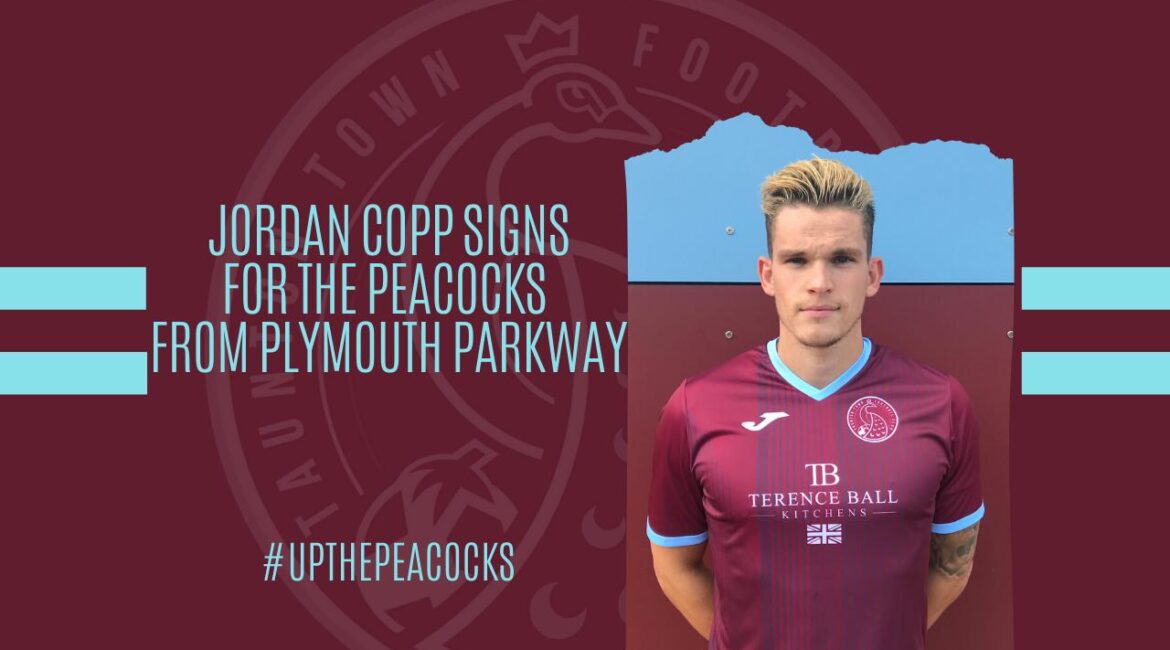 We are delighted to confirm another new face for the Peacocks with the arrival of midfielder Jordan Copp from Plymouth Parkway.

The 26 year old is Town’s eighth new recruit of the summer as Head of Football Rob Dray shapes his squad in readiness for the Southern League season. Copp joined the Plymouth Argyle Centre of Excellence in 2003 and went on to stay with the Pilgrims for nine years, making his first team debut in 2011. After a brief spell at Frome Town, he joined Truro City until signing for Weymouth in 2014. He enjoyed three years with the Terras before returning to Truro City in 2017 which was followed by the move to Parkway last summer.

Copp told tauntontown.com:” It’s great to join a progressive club like Taunton. I’ve watched the progress they’ve made over the last few years and I can’t wait to start. After speaking to Rob and some of the Plymouth lads, the ambition the club has is great and I’m really looking forward to it.”

Dray added:” Coppy is another young lad with good pedigree at Weymouth and Truro and wants to make the step back up. As he is left sided he will give us balance and adds further quality to the squad again.”

Welcome to the club Jordan!