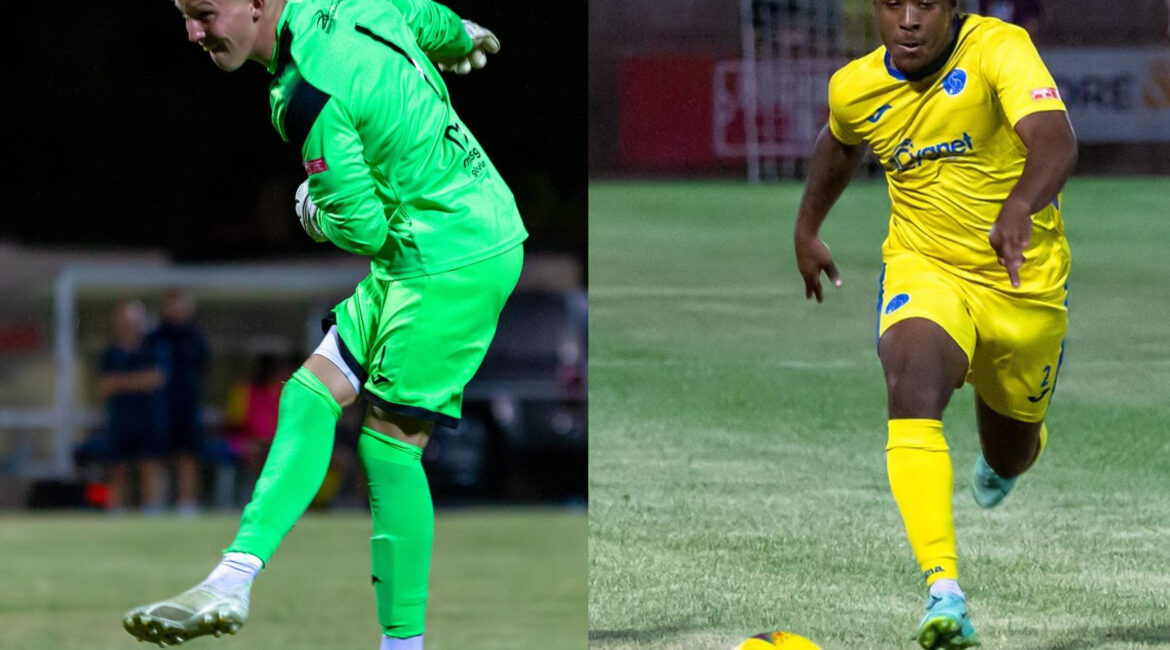 As reported recently on our SM channels, we are delighted to welcome Bristol City pair Will Buse and Khari Allen to the club on a loan deal. They will both be with the Peacocks until January and made their debuts in the Southern League Cup game at Bideford on Tuesday evening.

Goalkeeper Buse is the brother of our former player Matt and has also played previously on loan for Truro City and Dorchester Town while right back Allen has come up through the club’s Academy and made an appearance for the Peacocks during pre-season in the game with Yeovil Town.

Head of Football Rob Dray said:” I’m really pleased to get two lads in who will do well at this level. Lloyd and Jay both have long-term injuries which we can’t put a date on so massive thanks to Brian Tinnion at Bristol City. It will be a great benefit for us to have these two in our squad with all the games coming up and I’m sure they will both do really well.”