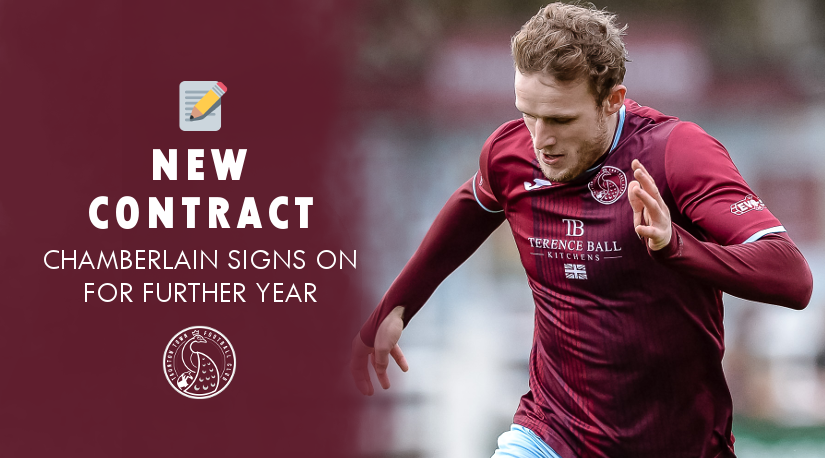 The club is delighted to announce Ollie Chamberlain has signed a one year extension at the Viridor Stadium until the summer of 2020.

Chamberlain is a product of the Peacocks youth system and is highly sought after. Rob Dray has moved quickly to tie the young energetic midfielder down to a further year with his hometown club.

Ollie becomes the fourth player to commit to Taunton Town until next summer following the announcement of Ben Adelsbury, Ryan Brett and Rocky Neal earlier this afternoon.

After penning his new deal Ollie revealed, “It was an easy decision to sign an extension with my hometown club. The club’s reputation is growing and with the squad we have it makes it a great place to be at.”

Head of Football Rob Dray said, “Chambo is just a superb player to manage. He goes about his business in such a professional manner and in the last few months the maturity in his play is becoming more evident. He’s a top player that every opposition manager raves about and to re-sign a local lad like Chambo is a massive statement by this club.”