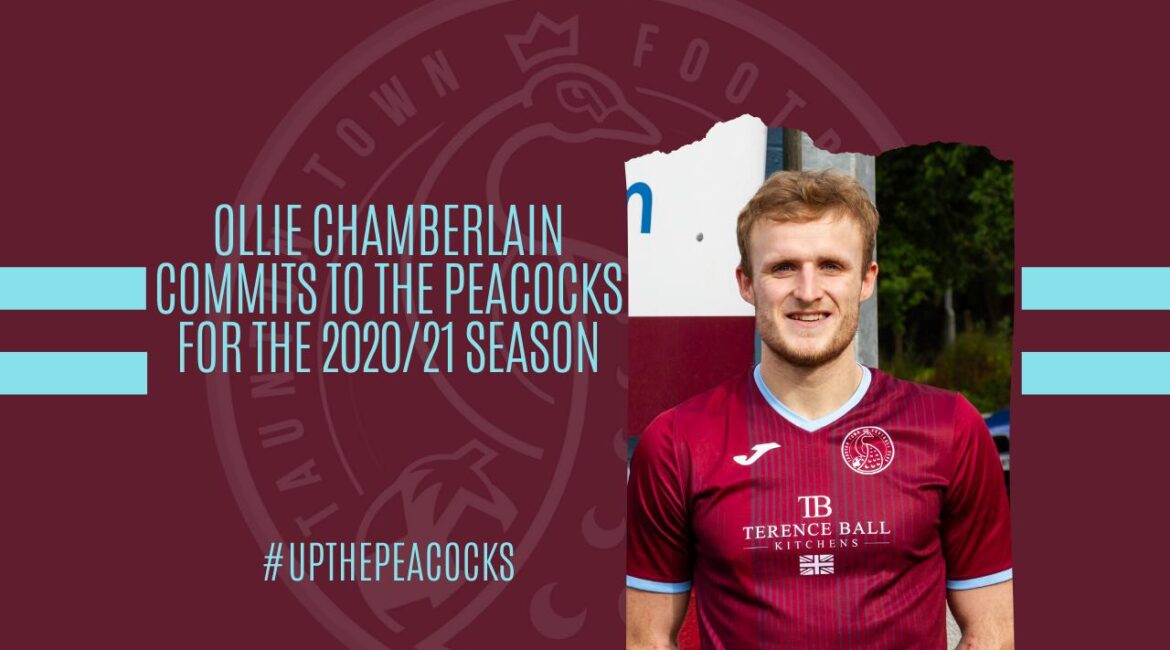 We are delighted to announce that midfield man Ollie Chamberlain will be staying with the Peacocks for the new season.

Homegrown talent Chamberlain has been with the club for the past four and a half years, having originally played for our successful Under 18 side back in 2011-12 when he made his first team debut. He then moved on to Bridgwater Town and Wellington before going back to Bridgwater in the summer of 2014 where he stayed until his return to the Cygnet Health Care Stadium in November 2015. In total he has made 193 full and 24 substitute appearances for the Peacocks and scored 30 goals.

Chamberlain said:” I’m delighted to sign for Taunton again for next season. We’ve lost some great players but the players that have replaced them shows the club’s ambition to be up there once again. The season can’t come quick enough and can’t wait to be back out there.”

Head of Football Rob Dray added:” It’s great to have Chambo with us for another season. He now becomes a senior player for us and can’t wait to get him started again.”

Great to have you on board again Ollie!