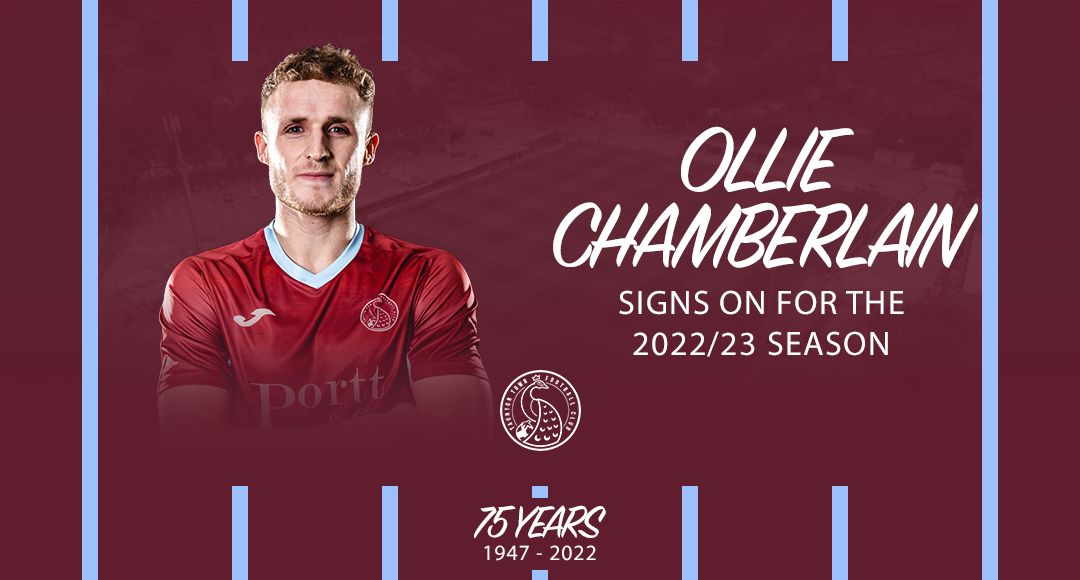 We are delighted to report that Ollie Chamberlain will be staying with the Peacocks for the new campaign. The local midfield man, who was originally a member of the club’s Under 18 team a decade ago, has become an integral part of the Town team and has now racked up over 250 senior appearances although he was suspended for the latter part of last season.

Ollie told tauntontown.com:” Last season made this a very easy decision to sign on again for this great club. With winning the league which was an unbelievable achievement, and the support the club showed me on a personal note is something I can’t forget. It’s given me a real motivation to kick on from where I left off and hopefully keep performing to a high level to help this club achieve its potential. Big thanks also to the fans who have stood by me, the support doesn’t go unnoticed. Look forward to seeing you all next season. UTP.”

Head of Football Rob Dray added:” To think we missed Chambo for the last two months of the season seems a distant memory so in some respects it’s like having a new signing. He is without doubt a fantastic player and the most influential midfielder in the area. I’ve literally run out of things to say about him and I’m just glad he’s in my team.”