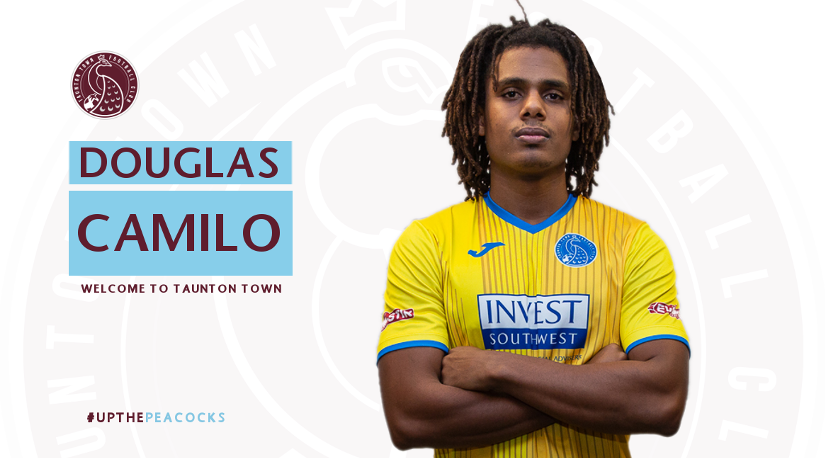 After several weeks of waiting Taunton Town Football Club are pleased to report that international clearance has finally been received for Douglas Camilo.

The 25 year old Brazilian arrived in the area earlier this year and impressed as a trialist during several pre-season friendlies. Paperwork has been completed in time for him to be included in the squad for tomorrow’s Emirates FA Cup game at home to Bemerton Heath Harlequins. Camilo spent his early career playing for a number of clubs in his home city Rio de Janeiro before he moved to Portugal and played for Marrazes, Nogueirense and his most recent club Industrial Desportivo Vieirense.