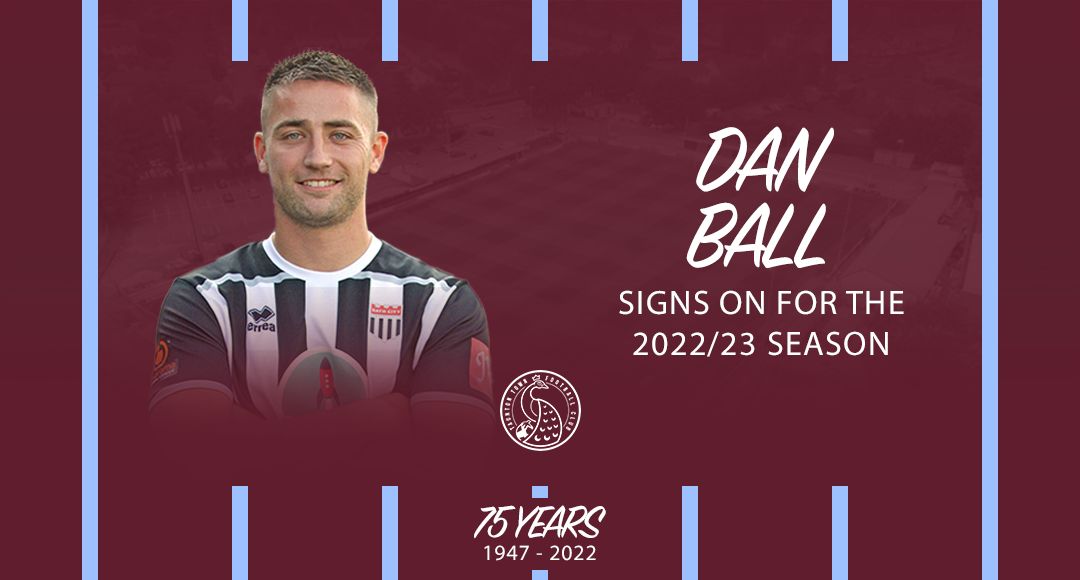 We are delighted to welcome new signing Dan Ball to the club following his arrival from Bath City. The 30 year old had been a mainstay at the back for the Romans over the past ten years or so and has made over 300 appearances for the National League South side, being their longest serving player up until the end of last season.

Dan remarked:” I’m really happy to get this deal done! The gaffer has been after me for a while, so it was the right time for it to happen. Looking forward to joining a great group of lads who achieved great things last year and I want to use my experience in this league to add to what is already a strong squad. I know a lot of the lads in the squad which helps, and I can’t wait to get started and meet everyone at the club.”

Ball came up through the Bristol City Academy and signed a pro contract in 2010 before his release in 2012. He signed for Bath following a successful trial and went on to become one of their most impressive performers at centre half and full back over the next decade, winning the Supporters Player of the Year award in 2015-16 while also having loan spells at Tiverton Town and Swindon Supermarine during recent years.

Head of Football Rob Dray added:” It was important in key areas to get experience of this division across. Dan is a Bath legend with over 300 games in this league so fits the bill perfectly. He is a massive signing for us and has the perfect character profile. For Taunton to get Dan is massive and we look forward to seeing him help our younger players.”