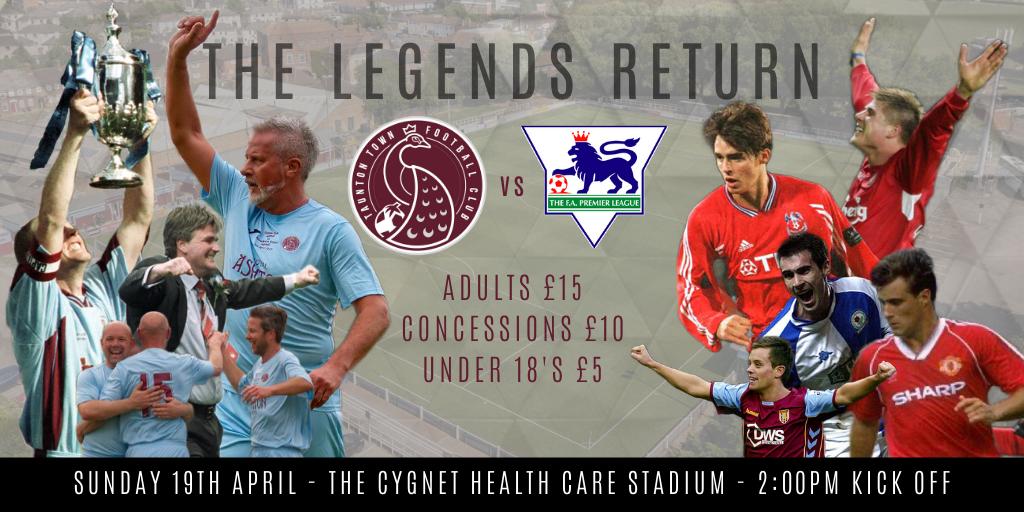 Former Sunderland left back and winger Micky Gray is the latest player to be confirmed for the Premier League Legends XI who are coming to the Cygnet Health Care Stadium on Sunday 19th April to take on a Taunton Town Legends XI, kick-off 2.00pm. Gray made 363 league appearances for Sunderland between 1992 and 2004 before featuring for Blackburn Rovers, Wolves and Sheffield Wednesday. He also won three England caps. Gray joins Lee Hendrie, Alan Kennedy and Matt Jansen in the Premier Legends squad with more names to be announced shortly.

Tickets are priced at £15 for Adults, £10 for Concessions and £5 for Under 18’s and will be on sale in the club shop at this Saturday’s game against Salisbury which is also the club’s Former Players Day. Any former Peacocks who wish to attend should contact Chairman Kevin Sturmey on 07778 434055 or email admin@tauntontown.com