All Square In Opening Friendly 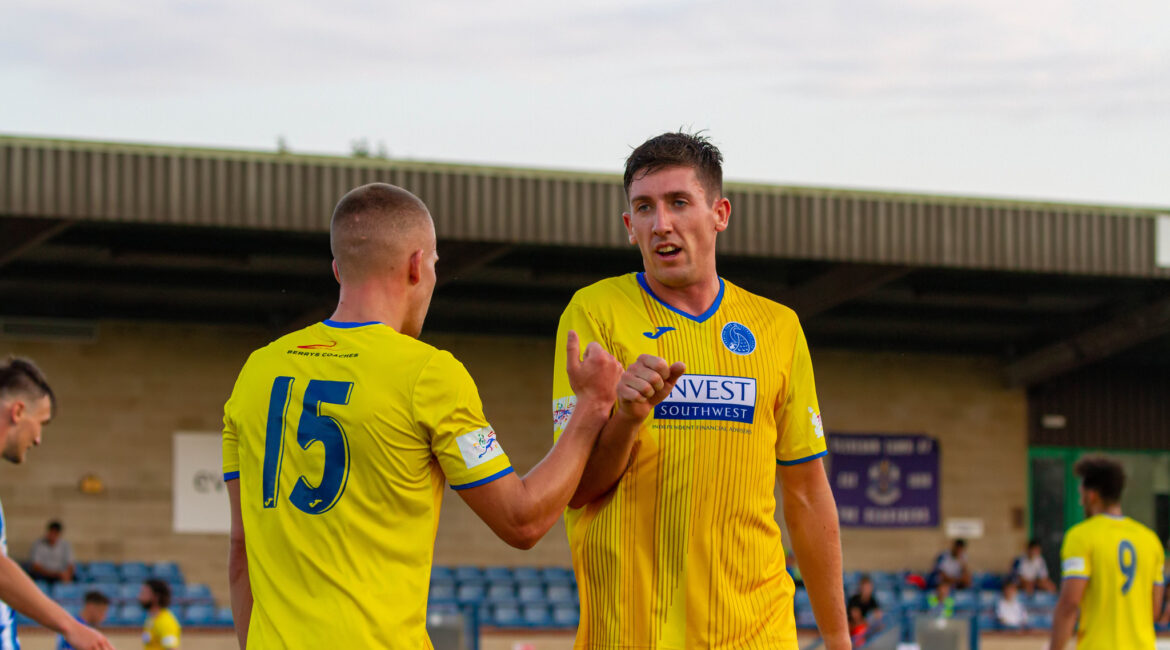 Fielding seven newcomers in their starting line-up, Town made a good start and were ahead after 10 minutes, Dan Sullivan crossing for Luke Spokes to power home a header. The Peacocks went on to have much the better of the first half but couldn’t put the finishing touches to some neat build-up and were caught out on the half time whistle when Mitch Osmond’s free kick was headed back in and Finlay Biggs drove the ball over the line.

Clevedon grew into the game after the break and went ahead on the hour when Biggs stole in behind to lob over Lloyd Irish from the edge of the box. The hosts continued to threaten whilst the Peacocks remained out of luck in front of goal until three minutes into stoppage time when two new signings combined, Jordan Copp’s corner from the right being headed home from close range by Aaron Bentley to claim a share of the spoils.

Match reaction, report, highlights and photos can be found in our Match Results section HERE