A Successful Night For Lloyd And Owen 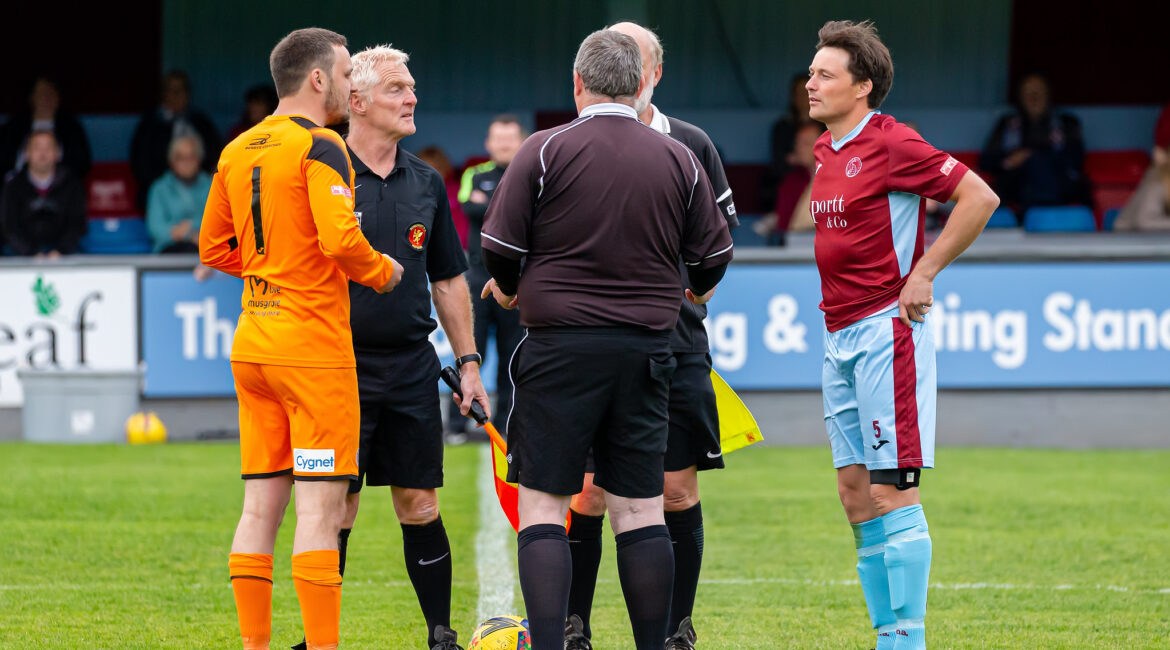 A crowd of 424 enjoyed a pleasant evening at the Cygnet Health Care Stadium as an Owen Irish XI came out on top 4-2 against brother Lloyd’s XI in their testimonial game yesterday.

The charity testimonial, a reward for Lloyd and Owen’s great service to the club, saw a host of former Peacocks turn out for either side plus some invited guests! The first goal didn’t take long in coming, Simon Ingram finding Jamie Short whose shot went in via both posts after 4 minutes to put Owen’s team ahead. Ben Palmer brought the teams level three minutes later with a shot inside keeper and former manager Ian Jones’ post but there were no more goals until 72 minutes, and it was Lloyd himself, now playing outfield, who put his team ahead with a deflected strike. The scores were levelled five minutes later when Owen headed a corner back into the middle and Craig Veal turned the ball home. Two late goals then sealed victory for Owen’s XI. Good work by Rodney Marsh teed up Short who lashed a shot into the roof of the net for his second goal of the evening a minute from time and in the last piece of the action, Owen’s young son Hugo raised the biggest cheer of the night when he showed a fine touch to slot past the keeper.

Thank you to everyone who attended. Donations from the proceeds of the game will be made to the Josh Evans Trust Fund, Cooper Associates Trust Charity, and North Petherton Cricket Club.