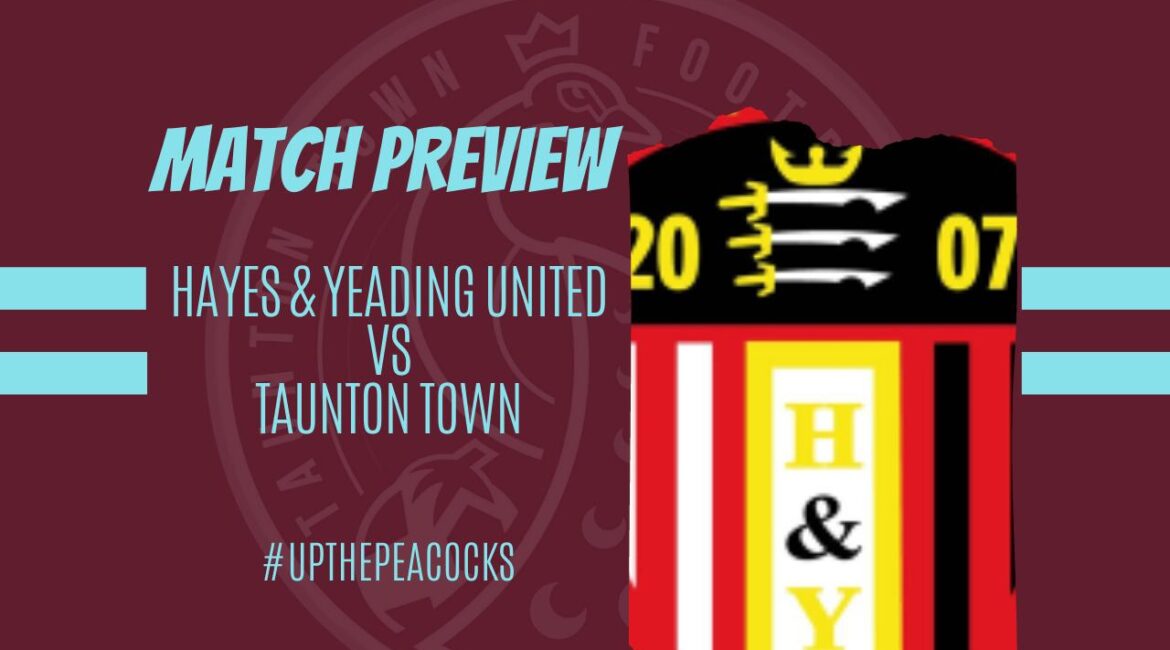 A lot has changed since then, not just in terms of the far-reaching impact of the coronavirus pandemic, but also at the Cygnet Health Care Stadium where Rob Dray has assembled a vastly different squad to last season with nine new faces joining the club while five have departed. The new-look Peacocks have gelled encouragingly during the pre-season friendlies, with victories over higher ranked opponents and only one defeat from eight matches. That all counts for nothing tomorrow when Town begin their third season at Pitching In Southern Premier level hoping to again be among the front runners for promotion to the National League South.

The Peacocks certainly have a very tough test for their opening fixture, Hayes & Yeading United lying in 3rd place when last season was terminated prematurely. They have played ten pre-season games with a mixed bag of results but will again be expected to be challenging near the top. The Peacocks take a full squad to West London, with Ben Adelsbury, Dan Sullivan and Lee Lucas having recovered from knocks.

Travelling Peacocks’ supporters are reminded of the following information regarding tomorrow’s game:

All supporters attending the fixture are required to provide Track & Trace details, using the EvePass App, which can be downloaded in advance from www.evepass.app. This can be done on the day but must be completed prior to entry. Temperature testing will be conducted on ALL visitors to the stadium before entry.

Payments can be made directly at the turnstiles, either by cash, or by the preferred method, which is by means of a contactless bank debit or credit card.

Hayes & Yeading United FC’s current ground capacity is limited to 600 and the full Risk Assessment & Ground Rules are available on their website at www.hyufc.com

NO form of musical instrument, including drums, will be accepted into the ground.

Additionally, the main seated stand is non-smoking, including e-cigarettes.

The main bar is currently unavailable during Covid-19 restrictions, however a temporary bar should be available.

The turnstiles will open just before 1.45pm, with a tea bar situated inside the ground offering hot and cold drinks and refreshments.

Available in main car park on a first-come, first-served basis.