Guest Back For More 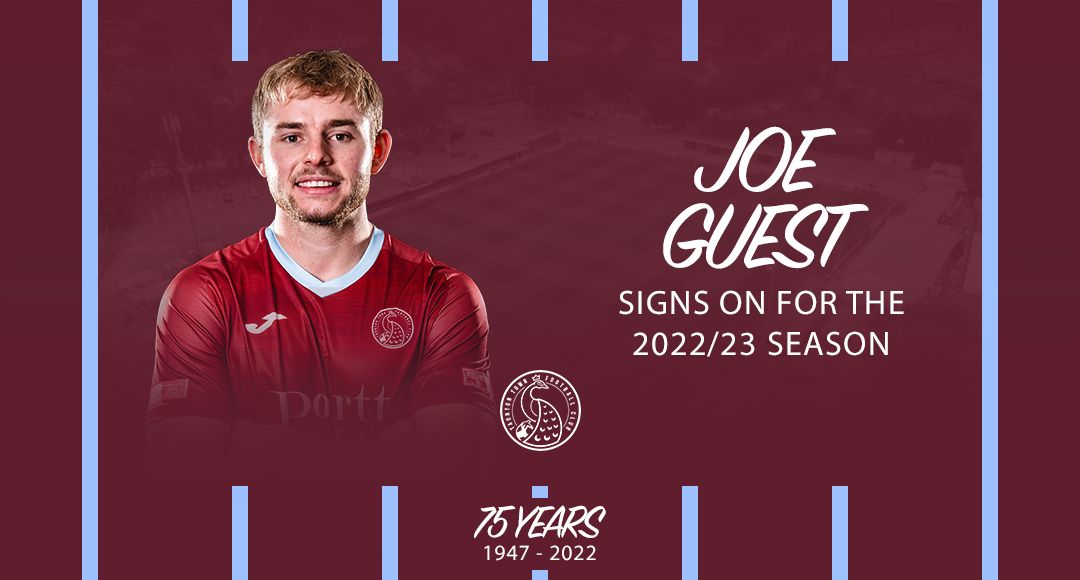 We are delighted to confirm that Supporters and Players’ Player of the Year Joe Guest has committed to the Peacocks for next season.

Speaking to tauntontown.com, Joe said:” Signing again was a no brainer for me. Last season and the half season before that, I realised how ambitious a club Taunton are and after speaking to the boys and with most of the squad I knew signing again plus a few coming in I believe gives us a great chance in the National League South next year. Playing for Rob, Meaks, Matt, and the rest of the staff is very enjoyable and I’m learning a lot. The fan base around Taunton is massive and was a major factor in us getting promoted. Hopefully, we can do them proud again next season and keep them coming back in numbers.”

The popular midfielder has been with the club since signing from Yate Town in 2020 and last time out accumulated the most Man of the Match awards over the season to also win the Champagne Performer. Head of Football Rob Dray commented:” He’s an outstanding lad and the fact he won Players’ Player says it all. Much of his work is unsung, but he does it all and brings out the best in other players. His energy and fitness are superb, he doesn’t miss a game and he will thrive at the next level.”