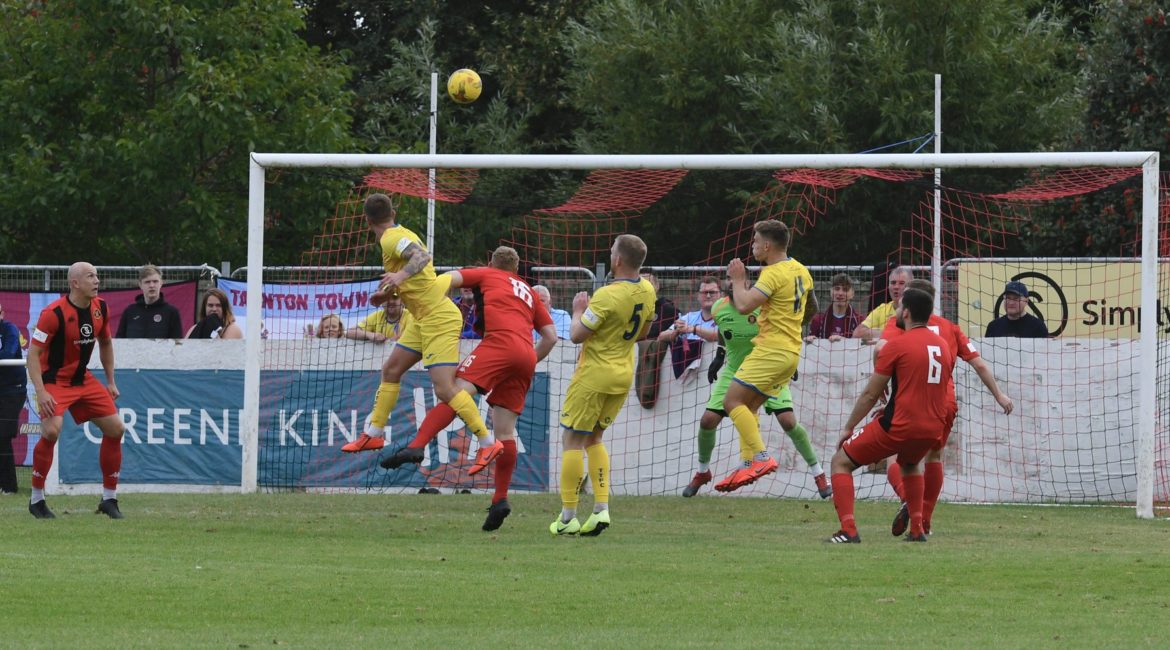 A Dan Sullivan hat trick steered the Peacocks to a comfortable 3-0 victory at Winchester City in the 1st Qualifying Round of the FA Cup this afternoon (7th September).

Despite opportunities at either end, the first half appeared to be heading for stalemate, with Town not at their best. That was until Matt Wright got goalside of his defender and centred for Sullivan to net from close range on 44 minutes. The goal was the catalyst for a much improved showing in the second half with an improved Peacocks dominating the game. Zac Smith pressurized Kieran Douglas into losing possession, allowing Sullivan to run clear and slot past Ryan Pryce on the hour mark for Town’s second and it was game over four minutes later when Ollie Chamberlain released Sullivan to finish well and claim his treble. Further goals were prevented by Pryce while Josh Grant’s header skimmed the top of the bar as the Peacocks eased into the next round, scooping £4500 in the process.

Reaction – Head of Football Rob Dray said:” It was always about the result today and after a frustrating first half hour I though we were great value for the win. Sully had been pressing for a start and he did what strikers do. We’re looking forward to the draw and we fear nobody.” For more reaction from Rob and hat trick hero Dan Sullivan go to Peacocks TV HERE plus reaction from Assistant Manager Matt Villis and coach Michael Meaker HERE