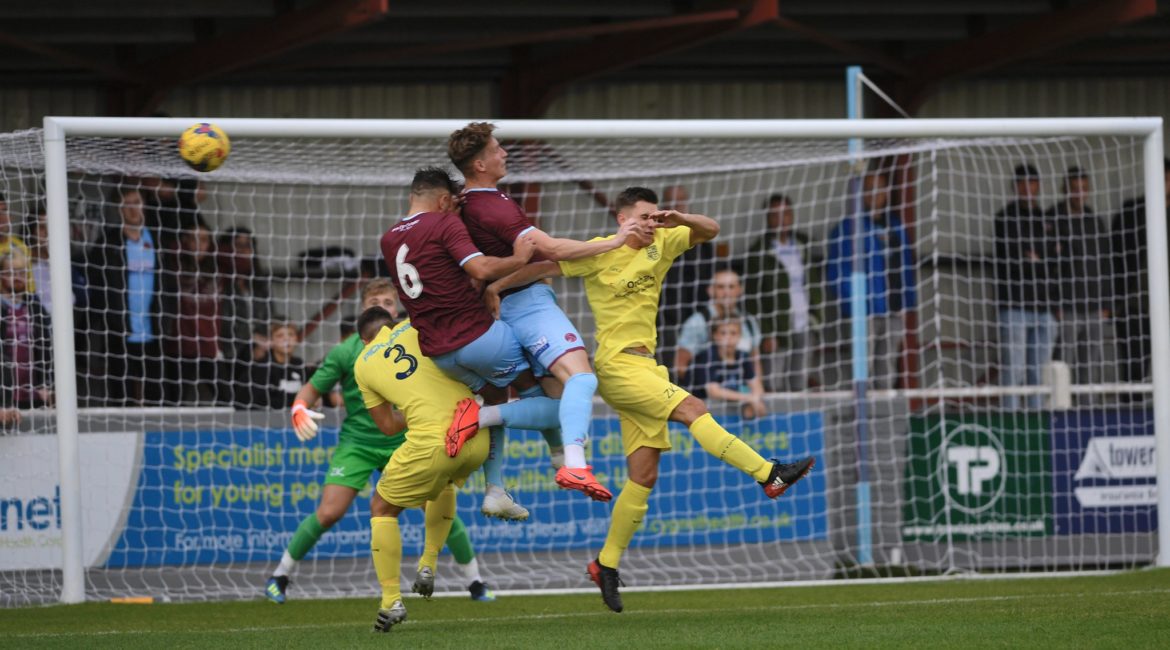 The Peacocks experienced a terrible start to their home BetVictor Southern League campaign as they were beaten 4-0 by Yate Town this evening (14th August).

The promoted visitors caught Town cold by taking the lead in the first minute, Luke Spokes trying his luck from the edge of the area and although the shot wasn’t especially powerful it took a deflection to take it out the reach of Lloyd Irish. Dan Sullivan volleyed against the post as the Peacocks tried to respond but despite plenty of attacking possession, they couldn’t force an equaliser and trailed at the interval. Poor defending saw the Bluebells double their lead after 53 minutes when the unmarked Nick Peare nodded in a Spokes corner and the game was effectively over on the hour when Spokes had time and space to fire home a fine effort from 20 yards. Josh Grant was denied by Adam Forster and also hit the post as Town tried in vain to salvage something before Yate added a fourth goal a minute from time when sub James Ollis curled a strike past Irish from the edge of the box, capping off a miserable night for the Peacocks who will need to improve quickly starting with the visit of Chesham United on Saturday.

Reaction – Head of Football Rob Dray remarked:” In this league we have to do the basics well in both boxes and tonight we didn’t. Once you give teams something to breathe off it makes it hard especially conceding so early. We had chances but they have to go in and we have to defend properly. We know tonight’s performance is below our usual standard but Saturday gives us another chance to put things right.”