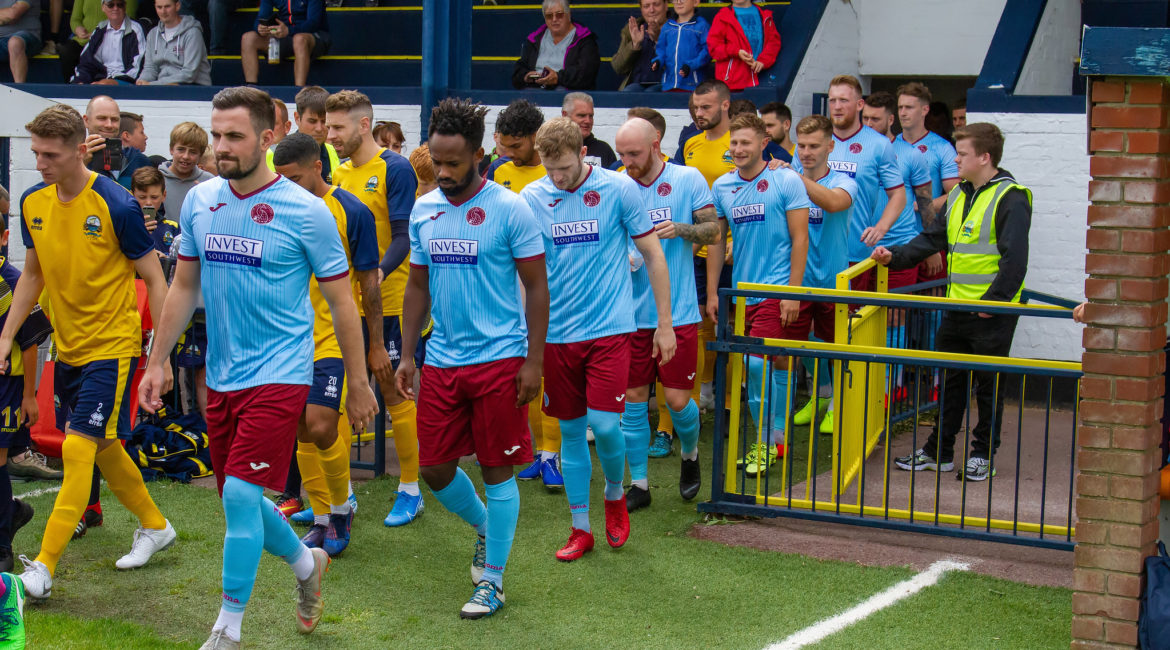 The BetVictor Southern League season began badly for the Peacocks as they were beaten 3-0 at Gosport Borough this afternoon (10th August).

A windy afternoon at Privett Park made conditions difficult but the hosts adapted quickest and made an early breakthrough after just four minutes, a Rory Williams cross finding Sam Argent who set up the unmarked Theo Lewis for a simple tap in. The rest of a forgettable first half saw few opportunities at either end, but Town finally began to find their feet after the break. However, an equaliser proved elusive and their task was made that much harder just past the hour when midfielder Ollie Chamberlain was dismissed for his second yellow card. Gosport took advantage and extended their lead after 66 minutes when Argent fed George Barker to slot the ball round Lloyd Irish at his near post. Andrew Neal latched onto Ed Palmer’s clearance but unluckily saw his effort hit the post eight minutes from time as the Peacocks continued searching before the home side rubbed salt in the wound in the 90th minute when Argent squared to Marley Ridge and he curled in the third goal from 15 yards.

The defeat was Town’s heaviest on the opening day since they lost by the same scoreline at home to Stourbridge in 1981 so they will be looking to bounce back when they play their first home league game of the season on Wednesday evening when Yate Town visit the Cygnet Health Care Stadium.

Reaction – Head of Football Rob Dray said:” Not the start we were looking for by any means but we will take our beating and move on. Gosport looked a good side and will take some stopping but saying that we had chances and after a change just after half time we had pulled ourselves back into the game. The sending off ended that though but we have a chance to put things right on Wednesday.”