The Peacocks maintained their unbeaten start to the season with a hard earned point at Treyew Road.

The Peacocks started well and had early chances. Ollie Chamberlain set up Toby Holmes on the right but his effort was blocked by City keeper James Hamon who soon after kept out Gethyn Hill’s close range header, with Nick Grimes heading the rebound just over. Ryan Dickson headed wide for the hosts who had their first real chance after 26 minutes when Dan Rooney was sent clear by Ryan Brett but his shot was well saved by Town keeper Lloyd Irish.

Taunton took the lead after 30 minutes when a free kick by Jay Foulston was headed back across goal by Ben Adelsbury, enabling skipper Grimes to head home against his old club.

Former Peacock Ed Palmer’s cross was headed in by Rooney for the equalizer after 35 minutes before Palmer himself had an opportunity after 57 minutes to showpiece a trademark free kick but this one went well over the bar. Irish made another superb save to palm Tyler Harvey’s shot over the bar

Dan Sullivan put over a cross with 20 minutes remaining but neither Gethyn Hill nor Toby Holmes were able to take advantage. In the last minute of normal time sub Dan McBeam had a shooting opportunity but he fired over the bar and the points were shared. 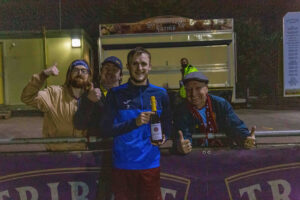